Learn about Berklee's spring plans, including campus health and safety protocols, at berklee.edu/btb. If you have a question or concern, please email COVID19@berklee.edu.

Tech Help for the Visually Impaired

Jazz Has Arrived in Colombia

The May 12–13 commencement weekend brought together more than 1,000 graduates and their families as well as this year’s honorees: Lionel Richie, Lucinda Williams, Todd Rundgren, Neil Portnow, and Shin Joong Hyun. For the May 12 commencement concert, the contributions of these music legends provided an unusually broad range of material for the Yo Team production staff and student musicians to draw upon. Consequently, the program included a little something for everyone with selections drawn from pop, funk, rock, country-folk, Broadway, and jazz.

The show, held at Boston University’s Agganis Area, opened with a sample of music created by or associated with each of the honorees. Vocalist Joachina Mertz kicked things off with a guitar-driven version of “Passionate Kisses” in tribute to its author, country-folk singer-songwriter Lucinda Williams. Elise Go was up next to sing Lionel Richie’s ballad “You Are.” Richie’s deep catalog was well represented throughout the night. Belgian pedal harpist and singer Pia Salvia offered a very appealing and personal take on Todd Rundgren’s “Can We Still Be Friends?” That segued into another hit by the evergreen rocker, “I Saw the Light,” which was sung by Erica Ishiyama and included the harmonized lead guitar parts played originally by Rundgren.

Representing the music of Shin Joong Hyun, known as the godfather of South Korean rock, Dongho Yang sang the rock song “Jlguyer” in Korean. The Berklee Global Jazz Institute Ambassadors took the stage in a nod toward Neil Portnow, the president of the National Academy of Recording Arts and Sciences (NARAS, otherwise known as the Recording Academy), playing “Radio Song” by Esperanza Spalding B.M. '05. Bassist and composer Spalding was named the Best New Artist at the 2011 Grammy Awards broadcast.

Other highlights among the show’s 24 numbers included “96,000” from the musical In the Heights (which was orchestrated by Alex Lacamoire '95) performed by the singers and dancers of the Berklee Contemporary Musical Theater Ensemble. Rundgren’s “Bang the Drum All Day” was given a twist with the addition of a rap by Jonathan Page. Shania Wilcox sang Lionel Richie’s “Say You, Say Me” to elegant string accompaniment. “All Night Long,” with vocals by Brandon Shah and Jennie O, kicked the energy up a notch in a production that featured members of the Boston Conservatory at Berklee Dance Division Ensemble.

Three of the honorees took the stage during the night. Lucinda Williams and Shin Joong Hyun each did solo spots. Williams sang her song “When I Look at the World” accompanying herself on guitar. Hyun played his signature model Fender Strat through a cranked Marshall amp for a rocked up piece that teased the standard “Autumn Leaves.” As the show was drawing to a close, audience members leapt to their feet at the sight of Richie appearing onstage to sing “We Are the World” with the students. The pop anthem that Richie cowrote with Michael Jackson was the perfect encore, closing the show on a positive note.

At 10:00 A.M. the next day, an estimated audience of 7,000 was seated in Agganis Arena for the formal commencement exercises. Senior Vice President for Academic Affairs/Provost Larry Simpson started off by sharing a few statistics about the class. He revealed that they hail from 72 countries, 32 percent are women, the oldest is 65, and the youngest 20.

Of Portnow, Brown said, “If the Grammy Awards are ‘music’s biggest night,’ then Neil Portnow might have music’s biggest job—one that extends far beyond the industry’s most prestigious event.” He chronicled Portnow’s advocacy on behalf of musicians and his leadership of the Grammy Foundation in educational, humanitarian, and historical preservation initiatives.

Portnow told the crowd, “Berklee can be very proud of having [alumni] recipients of 275 Grammy and 88 Latin Grammy Awards so far, and more surely to come from some of you folks.”

Watch Portnow share his insights with the graduating class: 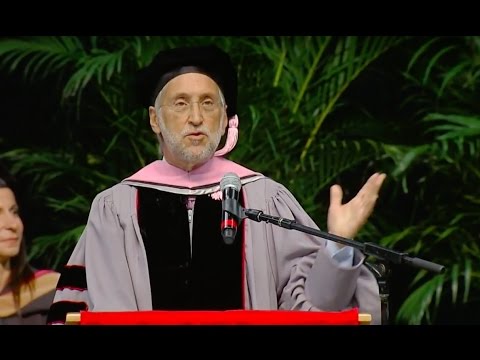 Brown described Lionel Richie’s amazing career with its long string of hits and record sales topping one million units. In his acceptance remarks, Richie told the crowd of unexpected feelings during the concert. “Who would’ve thought the students of Berklee would bring me to tears on my own songs?” he asked. Richie thanked Berklee for the honor saying, “I will definitely sing your praises as I travel around the world.”

Watch Richie offer his advice to the graduating class: 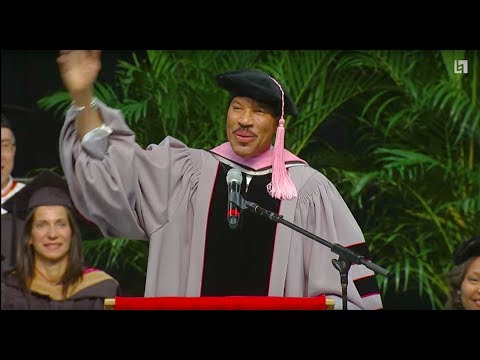 Accepting her degree, Williams quoted German philosopher Friedrich Nietzsche, who said, “Without music, life would be a mistake.” She told the grads, “All of you—each in your own way—have chosen a life in music. And while it may not be easy, you will always have a role in guaranteeing that life will not be a mistake.”

Roger Brown told the grads, “The good times are nice, but don’t lose your head when you experience some success. And the bad times can be tough, but don’t lose heart when you stumble. You are strong, talented, and prepared.” 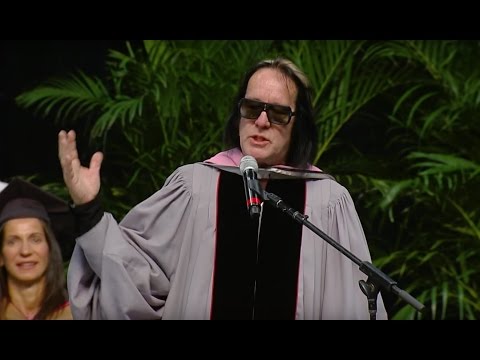 ‹ Celebrating the King Digging the Roots ›