Berklee.edu
In This Section

What a year—Joni, CODA, Big Thief, Kendrick... Hop in the time machine and revisit some of Berklee’s biggest stories of 2022.

It’s hard to believe, but 2022 is almost in the rearview. Looking back, it’s been quite a ride. Berklee welcomed new leaders across the institution, launched new majors and programs, and held its first in-person commencement events since 2019. Berklee’s campus in Valencia, Spain, celebrated 10 years of music and innovation, the Institute of Jazz and Gender Justice reimagined the jazz canon with New Standards, Boston Conservatory at Berklee kicked off a new partnership with the Boston Lyric Opera, and the Berklee Indian Ensemble made history as the first official ensemble of the college to earn a Grammy nomination, for its debut album, Shuruaat.

But that's just scratching the surface. Below, take a look at the news and stories that defined a transformative year for Berklee. 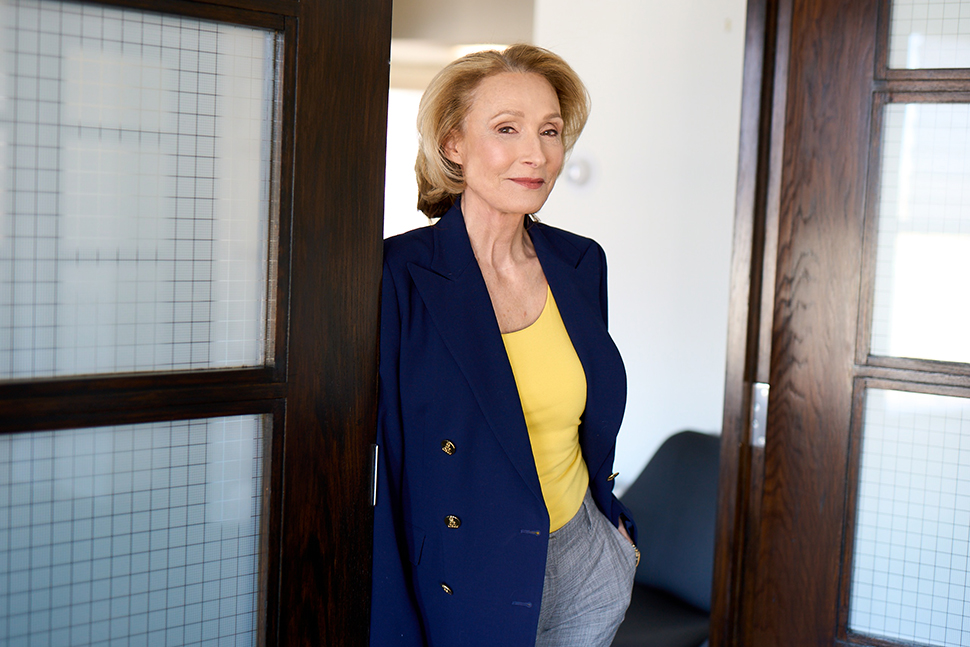 Taking Up the Baton: President Erica Muhl on Her Life in Music and the Future of Berklee

“I have seen without question that an education in the arts creates resilience. It creates strength of purpose. It also creates fantastic thinkers who are naturally critical in their analysis of everything that they encounter. They are also not afraid of situations that might present ambiguity, and that might take time to work through, or work toward an outcome that is initially unseen.” 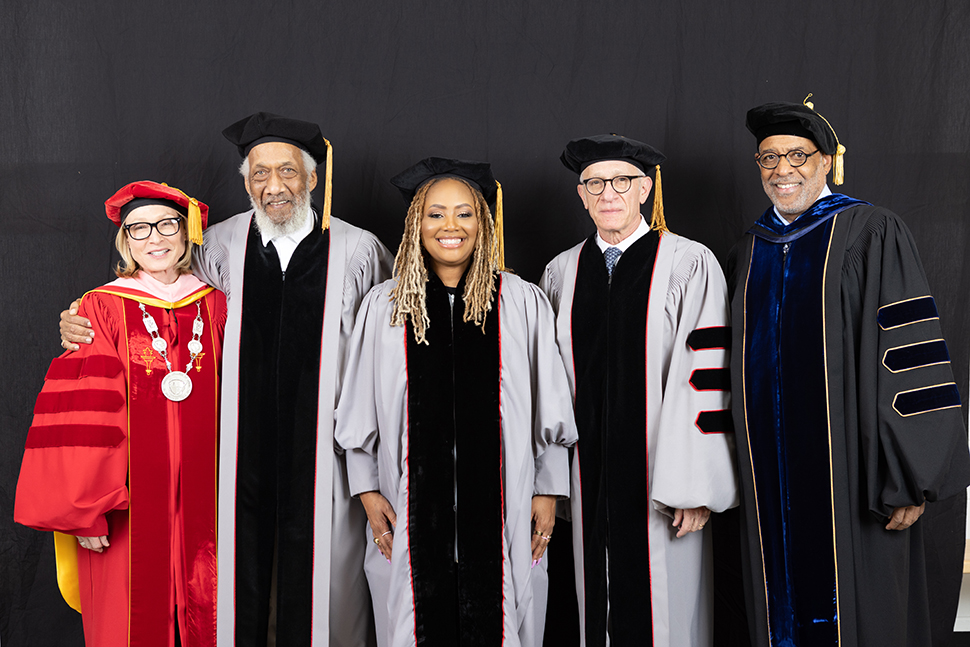 “It’s great when success happens, and Berklee students have seen a lot of it…but it’s important to remember that’s not what this is all about. For each of us, it started with a dream to play music. May your dream keep unfolding for you, as it has for me.”

That's Dr. Joni to You 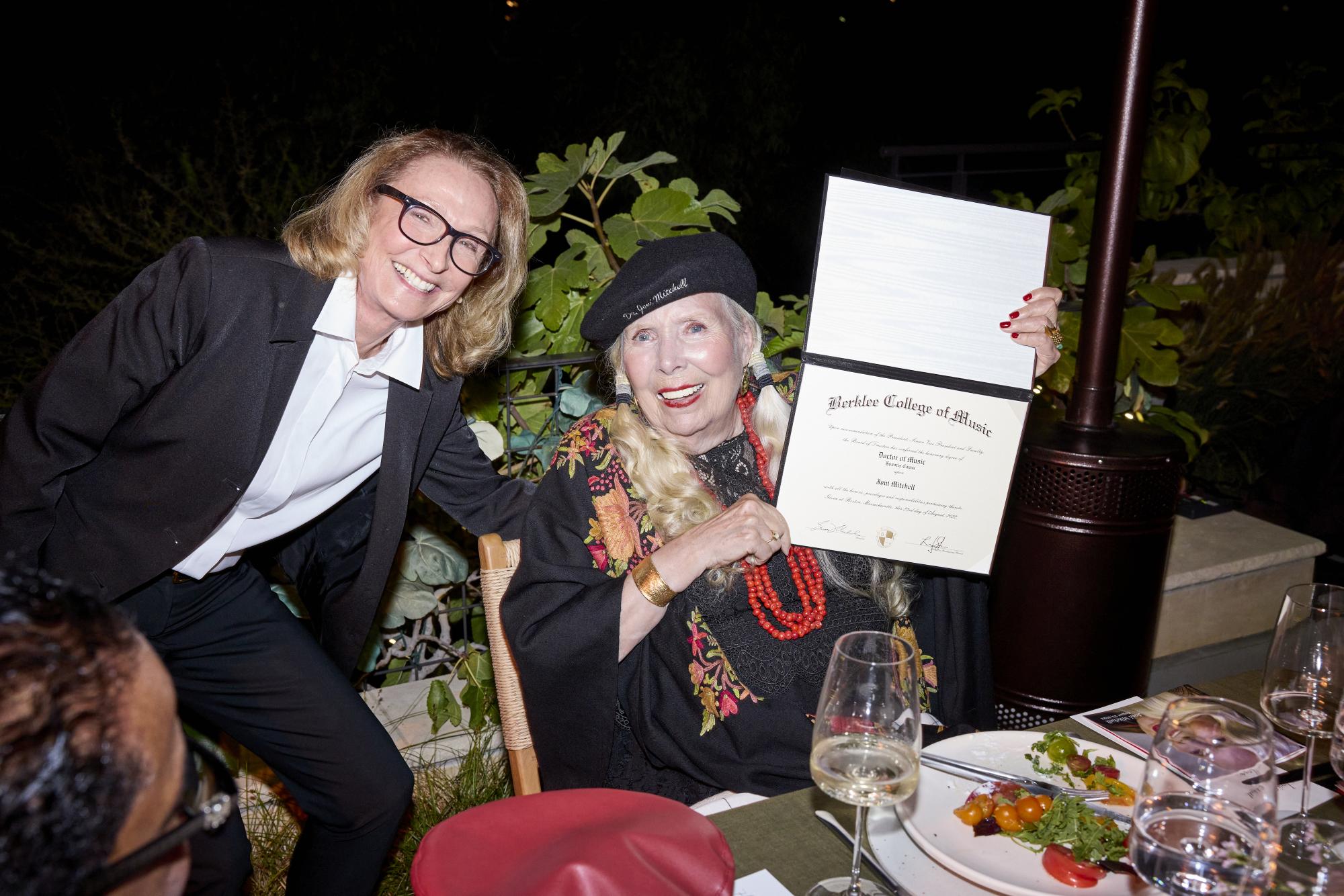 “Since her debut in the late 1960s, Joni has been a force for change in the industry, blazing the trail for women in music with an unwavering commitment to achieving the status rightfully due her as one of the world’s great musical artists.” 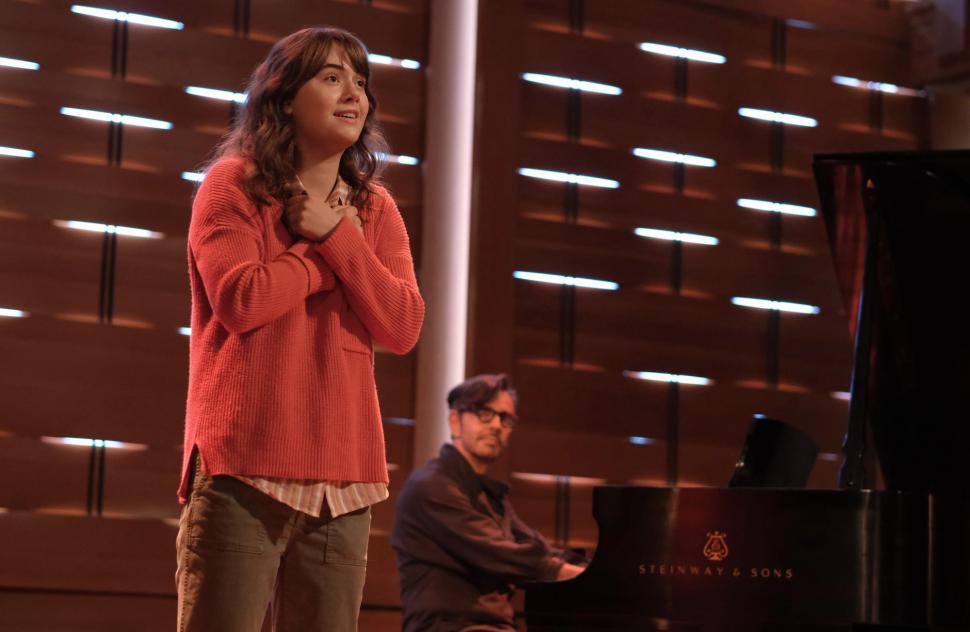 Filmed in Gloucester, Massachusetts, the Berklee-connected film features musical contributions from students and alumni, who performed on set and in the studio for the film.

"[W]e can go out and win Grammys and be commercially competitive using a personal production toolkit, forgoing all of the infrastructure of the traditional recording studio."
—Rob Jaczko

"Music plays a key role in connecting communities and provides an outlet for healing through this connection."
—Cynthia Koskela

“Today’s industry requires you to embrace the hyphen by doing more than one thing and doing it well in order to have a successful, purposeful, and sustainable career."
—Sean Hagon

Students Break Through the Noise 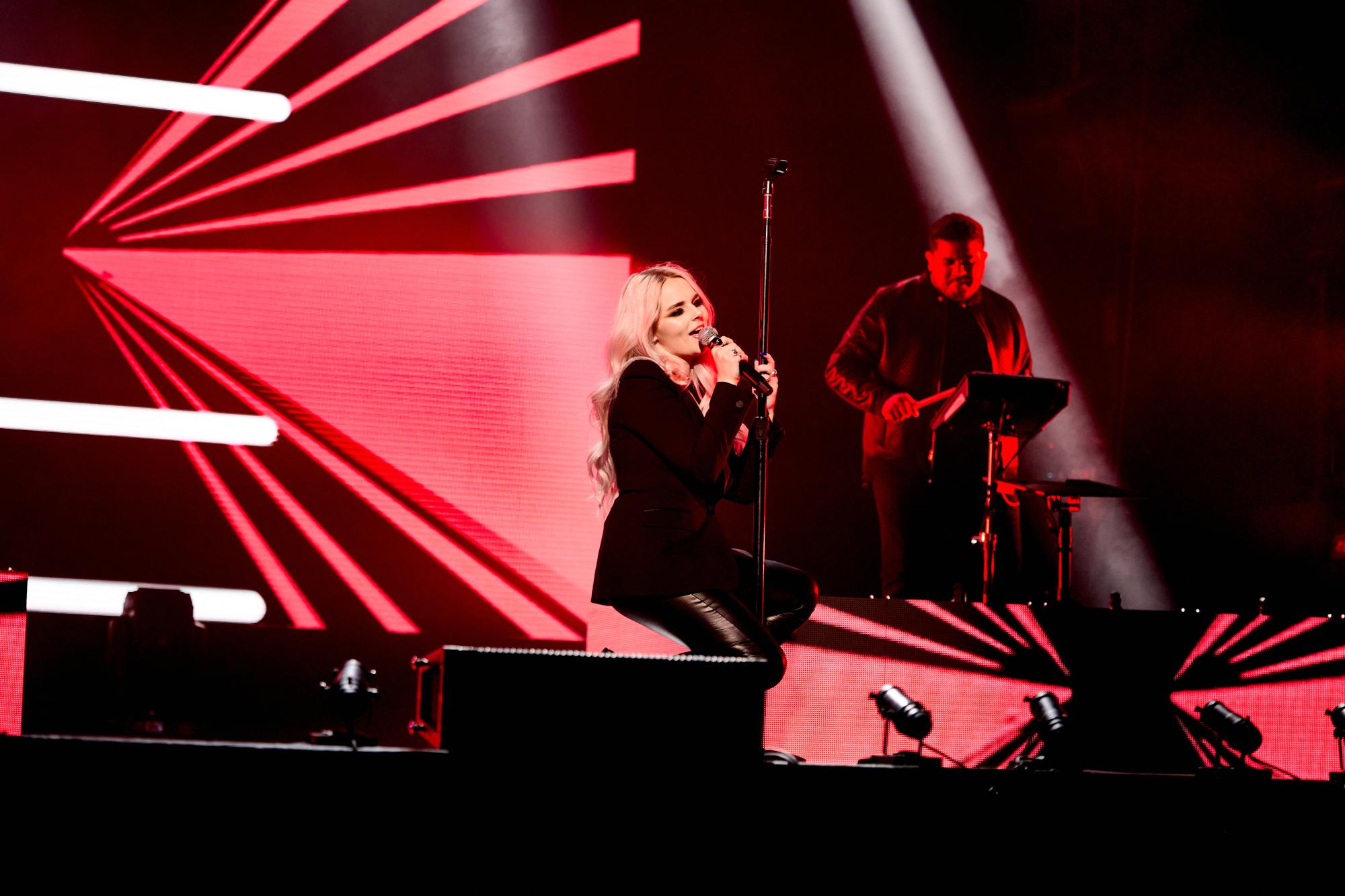 “The performance succeeds in a way that's only possible to imagine at Berklee. Every song has been carefully taken apart, examined, and interpreted by student performers who have both the technical chops and the artistry to create something fresh and exciting from these well-loved compositions.”

From TikTok Fame to Tiny Desk, Tiny Habits Is a 2022 Breakout Band

"We love dissonance and crunch, like when notes rub together. I think we use that very often."
—Judah Mayowa ’20

For Berklee Artists and A&R Talent, a New Path to a Big Break

"There's nothing more powerful than listening to a student talk about why another student's work is inspiring to them."
—Liza Levy

“I just really started thinking what my true passion was. I thought I had a different focus. So after the competition, I dropped out of Lehigh and I started my application to Berklee.”
—Kristy Liu

"I can't even describe what I'm feeling right now.... I'm so incredibly grateful for this opportunity."
—Kieran Rhodes 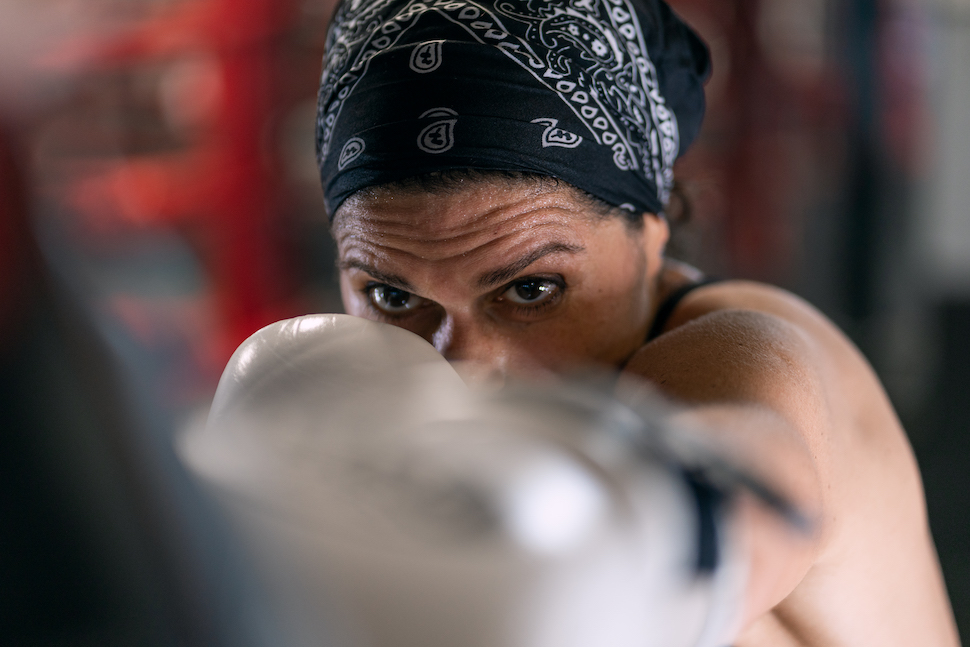 "People often ask me what words they should use when speaking about disability. My first response is that if you are talking with a disabled person, you should ask them what their language preferences are, and use that language."
—Rhoda Bernard

The Musician’s Advocate: Transforming the Music Industry Through the Power of Blockchain

“My purpose is to help musicians create and maintain successful careers on their own terms. I’ve been tilting at that windmill since I started putting out records from my college dorm room.”
—George Howard

"The reality is that artists can create and publish content that is authentic to their brand and aligned with their values without having to use features or participate in trends that go against those."
—Christopher Wares

“Lamar offers his introspective and insightful lessons on truth, love, self-respect.... His goal is transformation, even as he deals with the weight of embodied and internalized, generational Black trauma.”
—Emmett G. Price III 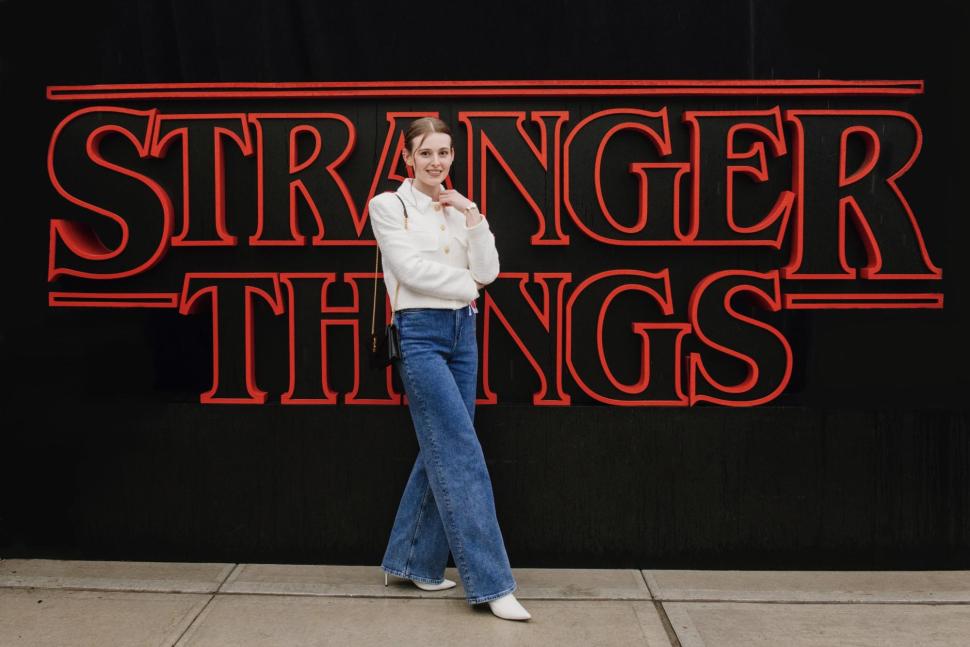 “In the feature world, you have several months to complete the same amount of work…. In TV you need to work much faster and don’t have much time to make changes. There is no such thing as a temporary solution. Pretty much everything you do goes in the cut.”

"Everyone has a goal. Maybe it's to become a writer, a poet, a teacher—whatever it might be. But now they see the great importance of what the Mayan language is, [and] what can be done as an artist.”
—Pat Boy

The Game Changers: Two Alumni Level Up in the Video Game Industry

"I was getting ready for Berklee when the phone rang in my room. I wouldn't know anybody in Boston, so I didn't pick up. But the phone rang again...and on the other end of the line was John Williams."
—Nobuko Toda ’03

Big Thief Returns to Its Roots

"I feel like I can speak for us all when I say that if everything was taken now—money, support, recognition—I feel like we would all still meet up, make music.... We have something no one can take away.... If you have that, you have a lot of power."
—Adrianne Lenker B.M. ’12

The seventh-semester mandolinist traces his path to Berklee back to his Appalachian bluegrass roots, discusses his ongoing touring work, and picks his five favorite songs of the moment.

Students at Boston Conservatory at Berklee and Berklee College of Music will have the unique opportunity to receive precision training from the Radio City Rockettes as part of the curriculum.