The Women of Jazz’s Next Generation Are More than ‘Extraordinary’

The newly announced Next Generation Women in Jazz Combo, sponsored by the Monterey Jazz Festival, performed at Berklee and took part in workshops led by the Institute of Jazz and Gender Justice.

The Monterey Jazz Festival has been a mainstay of jazz artistry and innovation for more than 60 years, known not just for its annual concert series, but also for its focus on emerging jazz talent. In 2019, they introduced the Next Generation Women in Jazz Combo, continuing the festival's focus not only on young talent, but on working toward greater gender equity.

The 2020 iteration of the combo was recently announced, and the group made their debut performance at Berklee on January 18 under the direction of bassist Katie Thiroux B.M. '09. Before the performance, the six high school–aged women were on campus for rehearsals as well as workshops led by members of the Berklee Institute of Jazz and Gender Justice.

One of those workshops began with Aja Burrell Wood, the institute’s managing director, starting from, well…the beginning. “What normally happens to distinguish babies in hospitals?” she asked the group, bringing their attention to the fact that babies more or less look the same, but are often placed in either pink or blue clothing, depending on their biological sex as assigned at birth. No one in the group needed to think about which color was assigned to which sex, with the societal norms of pink-equals-feminine and blue-equals-masculine firmly in place. “But they’re just colors,” Wood continued. And yet, from this simple choice, gender assumptions are made, and societal roles can be predetermined.

“You have a voice. You are the most powerful tool we have."

From this genesis point, the group moved into a particularly revealing exercise during which Wood drew two columns on a whiteboard, with the headings Masculine and Feminine, and asking the group to assign instruments to a particular gender.

At first blush, the idea seems ludicrous—they are inanimate objects, after all. But again, the group barely had to think about it, and soon the masculine column was filling at a rapid pace with instruments such as guitar, drums, saxophone, and trumpet, and many more, and the feminine column—a much shorter list—including clarinet and piano (but even piano was further broken down, with jazz piano being considered masculine, and classical piano considered more feminine). It didn’t take long to see why the institute’s signature exploration is encapsulated in the question: What would jazz sound like in a culture without patriarchy? 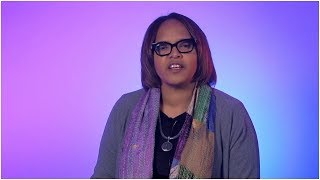 Learn more about the Berklee Institute for Jazz and Gender Justice

Wood admitted that no one, including the institute, has a clear answer to this question, nor is the vision of gender justice meant to exclude any gender identity. As the discussion continued, each of the women shared parts of their journeys not just to music, but to specifically being jazz instrumentalists and the challenges they've faced. Kellin Hanas from Wheaton, Illinois, spoke up to say that at age 7, “I told my parents I wanted to play trumpet, and they said, ‘girls don’t play trumpet.’ But, I pushed my way into it anyway.”

That story was echoed in part by the workshop’s keynote speaker, Tanya Darby, chair of the Brass Department. Darby, a trumpeter with deep roots in big band jazz, came up in the Monterey area, with a lot of her early musical opportunities happening through the Monterey Jazz Festival. She admitted that her experience as a woman playing jazz was atypical, in that she always felt supported. But she also mentioned that her role as a trumpeter has often been described as an anomaly, or “extraordinary.” And while the sentiment behind the word is positive, she pointed out that “the definition means ‘outside the norm.’”

At this point, there may not be an answer to the institute’s question, but one of Darby’s declarations to this group of teenage women, all about to embark on a year-long journey in the genre they hope to break into, seems like the kind of wisdom that could get us a bit closer: “You have a voice,” she said. “You are the most powerful tool we have. You dig?”

Dee Dee Bridgewater Urges Women to Lift Each Other Up

The jazz icon joined several Berklee faculty members for a panel discussion on the challenges and triumphs of being a woman in the music industry.

The critically acclaimed pianist will lead an ensemble of top players from the institute in a performance on Monday, November 11.

Can You Land a Successful Career with a Performing Arts Degree?

In an economy that rewards improvisation and entrepreneurship, well-trained artists and musicians are equipped to thrive.

The group will perform selections from Zenón's recording career on Wednesday, March 11.

With McAllister’s award, Berklee has received the designation of being a top producer of Fulbright U.S. scholars.

Dee Dee Bridgewater Urges Women to Lift Each Other Up

The jazz icon joined several Berklee faculty members for a panel discussion on the challenges and triumphs of being a woman in the music industry.

The critically acclaimed pianist will lead an ensemble of top players from the institute in a performance on Monday, November 11.