Berklee is going fully remote for the fall semester. Read more at berklee.edu/btb.

Students dance to the music of their peers at a Tiny Dorm concert.
Image by CJ Felix

Students living in Berklee’s residence halls aren’t supposed to play or practice in their rooms, to give their neighbors a chance to study and sleep. But in the spring of 2018, a few students who are fans of NPR’s Tiny Desk video series came up with their own version: recording their peers playing original music under a bunk bed in an (undisclosed) Berklee dorm room.

Her Day in the Life

“We had to keep it from our RA,” admits fifth-semester student and professional music major Madison Simpson, a cofounder and the original videographer for Tiny Dorm. “We started out with one mic, and the camera tripod was the bedpost." Early episodes of Tiny Dorm Sessions are full of these charming DIY improvisations—a microphone perched on an exercise mat, a desk lamp lighting the performers and casting huge shadows onto the patchwork quilt they used as a backdrop.

Now, three semesters and a location change later, the series has aired more than 50 episodes and garnered more than 20,000 views on its YouTube channel. “The project gained traction when Curtis [Heimburger, one of the other cofounders] moved into an apartment, and we could have a dedicated space,” Simpson says.

Thanks to Heimburger’s larger living space—and the generosity of his housemates—Tiny Dorm found a more permanent home, complete with a twinkle-light–draped backdrop. The new location, and the series’ popularity, gave its cofounders a chance to expand and experiment, and to upgrade their equipment. “Now we have two cameras, two angles," Simpson says. "It feels like a very professional thing.”

An Inside Look at NPR's Tiny Desk

Heimburger, who majors in contemporary writing and production, agrees. “We also started out with really limited audio capabilities,” he says. “Having more than one mic and other equipment has been really helpful.”

During its three seasons, Tiny Dorm's cachet has also grown: the founders now get regular requests from bands who want to perform on the show. “It’s been really cool to see it gain momentum,” Simpson says. “It went from us asking people we knew to come perform in a dorm room, to people emailing and asking us if they could do a session.”

The show operates with a screening process now, but, adds Heimburger, “we want to make it a very inclusive space—to showcase as many artists and genres as possible. We don’t care if you have a social media following or an album. We believe that if you’re good, people will watch.”

See for yourself in the Tiny Dorm Sessions below: 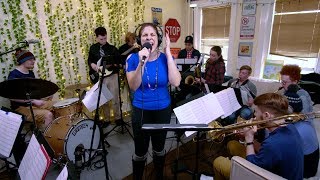 The Little Big Band that Could 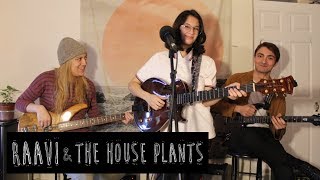 Student emo/indie group Raavi & the Houseplants, fronted by Raavi Lucia, appeared on the second season of Tiny Dorm. Their debut EP, And I Miss You Already, was released in 2018. 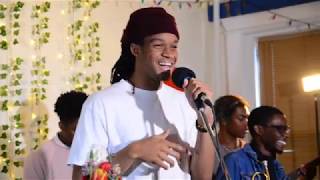 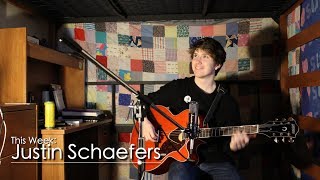 Justin Schaefers, a singer-songwriter from the San Francisco Bay Area, is also the frontman for indie band the Blind Barbers. 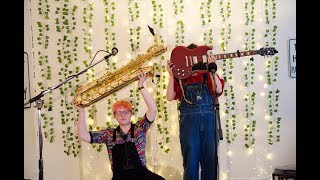 Berklee students Fox Hillyer and Shiloh Trudeau make up the punk duo Butch Baby. Their album, Stoned Butch Blues, was released in the fall of 2018.

The video has been viewed 4.7 million times and has been credited with pushing Quaker Oats to scrap the brand of breakfast products.

Berklee artists are performing live on Instagram each Wednesday, giving BPMI students a chance to adjust to changing industry in real time.

What to Expect of the Online Experience This Fall

The fall semester will be completely online. Here's what you should know about that experience.

The comprehensive resource will benefit artists, arts educators, students, and many others who work at the intersection of the arts and special needs.

The college's Libraries and Learning Resources and Music and Health Institute have created the first-ever music and health repository in the field.

The College and Conservatory will conduct all courses remotely for the fall while providing new opportunities for community building, performance, and collaboration.

The video has been viewed 4.7 million times and has been credited with pushing Quaker Oats to scrap the brand of breakfast products.

Berklee artists are performing live on Instagram each Wednesday, giving BPMI students a chance to adjust to changing industry in real time.