Careers in the Video Game Industry

Professionals in the video game industry have many choices: they can work on the audio elements of big-budget console games, build a game from start to finish as indie developers, or use the tools of video game technology and storytelling to create other products. Major video game developers—including Electronic Arts, Activision Blizzard, and Microsoft—tend to be concentrated on the West Coast in game development hotbeds such as San Francisco, Los Angeles, and Seattle. These developers usually are organized into separate divisions based on specialization: programming, design, art, audio, story, and testing. However, new crowdfunding tools such as Kickstarter are changing the business, enabling small, independent development teams worldwide to make games outside the usual publisher-developer relationship—which, in turn, is revitalizing the industry. 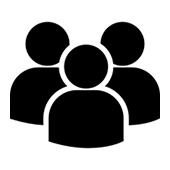 Employers look for skills learned in the following Berklee programs.