Announcing Back to Berklee

Founded by Greek-born singer, film scorer and composer Magda Giannikou '08, Banda Magda deftly melds styles from samba to Greek folk to Columbian cumbia. Having studied film scoring at Berklee, Giannikou has caught the attention of everyone from Kronos Quartet to Louis C.K., even singing a duet with the comedian for his hit TV show. 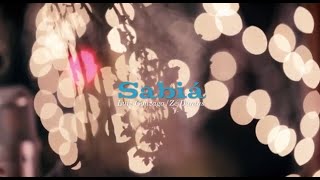 Watch the video for Sabiá by Banda Magda

The band has been featured in Carnegie Hall’s Musical Explorers Series, entered the top 10 in Billboard’s World Music charts, and was named one of NPR’s 10 favorite world music albums in 2013. Having played concerts and festivals worldwide, including alongside Snarky Puppy, the band tours regularly and is in pre-production on their next album.

Listen to “Sabiá” from the album Yerakina via Sounds of Berklee.

30 under 30
Ganzá, Dizi, or Sitar
Maleficent Composer: 'Every Note Points to the Story'
More from Berklee Now