Ariadna Castellanos was born in Madrid, Spain, where she began studying piano at the age of six. When she was 17, her talent and dedication for music earned her a full scholarship to the Guildhall School of Music and Drama in London. Even though her training was in classical piano, Castellanos was always a flamenco girl at heart.

After graduating from Guildhall, she returned to Spain and started to work with various flamenco artists such as Niño Josele, Jorge Pardo, Agustin Carbonel “El Bola”, Jesus del Rosario, and others. Once in Spain, Castellanos auditioned to enter the prestigious Berklee College of Music in Boston and became the first Spaniard to be granted the Presidential Scholarship, the college's full tuition and housing scholarship. 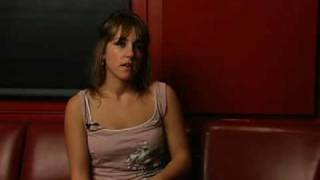 Ariadna Castellanos talks about being selected as a Presidential Scholar.

Castellanos merges flamenco and jazz in order to create a new language, a unique identity. She blends new harmonies and modern traditions with the wild, passionate essence of flamenco. Combining her natural sense of improvisation with technique acquired from classical piano training, Castellanos's performances are of the highest artistic quality.

Castellanos has appeared all over the world, bringing her innovative style to such venues as the Palau de les Arts in Valencia, Monterrey Jazz Festival, Kennedy Center for Performing Arts in Washington D.C, the Agganis Arena in Boston, and the Heineken JazzFest in Puerto Rico, where she has shared the stage with such artists as Paco de Lucía and Michel Camilo. In May 2010, Castellanos led Berklee’s tribute concert for Paco De Lucía’s Honoris Causa. 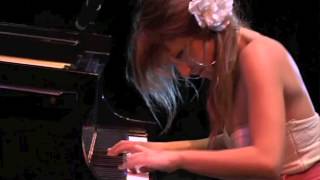 Throughout her career, she has worked with great Spanish artists, including Limón, José Mercé, Pepe de Lucía, and Alejandro Sanz. She is an excellent cultural ambassador in the U.S.; having performed shows for the United Nations in New York and Boston and toured for the Spanish Embassy with Limón’s Flamenco Soul Project, Castellanos is leaving her mark around the world.