A. R. Rahman and Prasanna '99 (right) at Coke Studio at MTV
Kevin Doucette '05 at the Golden Globes
Andrew Flad '99, artist management for A. R. Rahman
Renowned guitarist Prasanna '99, is versatile in many genres.

To achieve the kind of spectacular international acclaim enjoyed by Grammy-winning and Academy Award–winning composer, performer, and musician A. R. Rahman, it’s understood that one must surround oneself with incredibly talented people. Rahman, whose popularity in India has been expanding all across the world ever since his work on the 2008 film Slumdog Millionaire, has done just that.

Some of those talented people by Rahman’s side are also Berklee alumni—Prasanna ’99, Kevin Doucette ’05, and Andrew Flad ’99—who will join the college in honoring Rahman at an honorary doctorate ceremony and concert on Friday, October 24, 2014 at Symphony Hall in Boston.

When guitarist Prasanna applied to attend Berklee in 1993, he asked none other than A. R. Rahman to write him a letter of reference. Rahman agreed, and the letter “is a lovely memory for me now,” says Prasanna, an immensely gifted and world-renowned guitar player who dazzles listeners while playing and composing in genres as diverse as classical Carnatic music, jazz, progressive rock, or a world music fusion displaying several of these styles. At the time, Rahman had recently enlisted Prasanna to play on the song “July Matham Vanthaal” for the film Pudhiya Mugam, and had encouraged the young guitarist to follow his dream of pursuing a career in music, starting with Berklee.

According to Prasanna, Rahman told him, “That would be great because I wanted to go to Berklee and things have turned in a different direction for me but hopefully you can make it.”

He did, and for a young man with a stable career as a software engineer who dreamed of dedicating himself to music, it was “the biggest turning point in my musical life,” Prasanna says.

“Berklee opened up doors for me in areas I was not familiar with,” Prasanna notes. “Towards the end, I was doing a lot of classical composition at Berklee, and had I not done that, I would never have been able to arrange for and conduct the string orchestra for A. R. Rahman’s title track to Lagaan.”

Even as Prasanna has released several albums and become known as the world’s foremost Carnatic guitarist, he has continued to collaborate with Rahman, most recently on Rahman’s score to the Steven Spielberg/Oprah Winfrey/Juliet Blake-produced The Hundred-Foot Journey. Prasanna thinks of Rahman not just as an important composer but as “a movement” that has continually found ways to prove that music can truly be a universal force for connecting people across countries or cultures.

Despite the stress of a rapidly approaching deadline on a recent project, A.R. Rahman came down the stairs smiling, recalls Kevin Doucette, who first came into the Rahman fold as a technician and musician on his 2009 Jai Ho Journey Home Tour. Rahman handed him his cell phone, and Doucette read an email announcing Berklee’s intention to award Rahman an honorary doctorate.

“It was a great moment,” says Doucette. “It’s very rewarding for me to see, because that’s my college. That’s where most of the music contacts in my world come from.”

Indeed, Doucette shifted from a technician on a Rahman tour to a “utility player” that Rahman can turn to for practically anything—from tech stuff like mixing and programming to composition work on charts and arrangements—thanks in part to a call from former Berklee Film Scoring Department chair Dan Carlin, who clued Rahman in to the fact that one of his tech guys, Doucette, was actually a Berklee film scoring graduate quietly hoping for a chance to show Rahman all that he could do.

Now, Doucette, who just this year has worked on major motion pictures such as Million Dollar Arm, The Hundred-Foot Journey, and The Legend of Hercules, says his work “runs the full gamut” from arranging to setting up all the technical gear in a studio.

“Thankfully, Berklee has prepared me in a way that is conducive to wearing many hats,” he says, citing Carlin, Don Wilkins, Richard Davis, Jon Klein, Jack Freeman, and Eric Reasoner as key influences. “Lots of schools can teach you ProTools 101. What Berklee offered me was faculty that were or had been connected, which made me more confident and gave me a window into what to expect.”

Doucette is undeniably excited to see his alma mater honoring Rahman: “He’s more than a film composer,” says Doucette. “He’s also a pop star with the voice of a humanitarian.”

Rahman’s career as an international pop star is always on the mind of Andrew Flad, who represents this side of Rahman’s career via his artist management work at the Gorfaine Schwartz Agency, which also manages for James Taylor and others. Prior to this role, Flad spent the better part of a decade working at Interscope Records, where he served as marketing director, learning the ropes of the music industry under Jimmy Iovine.

As with Prasanna and Doucette, Berklee played a key role in Flad’s career path.

“I started interning for MCA Records in Boston my sophomore year,” Flad says. “A woman came in and spoke to the Music Business/Management Department and I just went up to her after her talk and said, ‘I know you said you need an intern. I’m ready, I’m motivated, and I can do it.’ And, really, all my relationships have spawned from that one meeting, because then I met other people at MCA and in between my junior and senior years I moved to LA and got a job working for MCA in Los Angeles.” 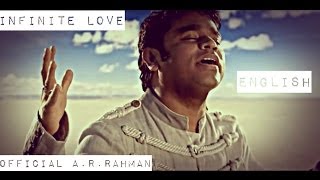 Now that he is well established within the music industry, Flad’s work with Rahman can include anything from brand deals to tours to casting for a music video, among other items.

Of Rahman, Flad says, “He’s always pushing boundaries and looking for new ideas or to collaborate with contemporaries. I think it’s unfair to pigeonhole him and say, ‘Oh, he’s the best Indian composer.’ I don’t think he gets the credit he deserves for his performance and how truly genius he is in so many genres of music.”

With an honorary doctorate awaiting Rahman, it seems Berklee agrees.

CANCELED: Alicia Olatuja: Intuition— Songs from the Minds of Women and the Matthew Whitaker Quartet