Berklee Popular Music Institute (BPMI) presents its 18th annual Epic Event, showcasing artists chosen by students in the experience-based program. The show features pop, Americana, hard rock, R&B, and electro-pop by students and alumni luhx., Emilia Ali, Jacksonville Kid, Yanina, and AJNA. BPMI enables students to go from the classroom to the stage in every facet of artist development and touring—important preparation for a performance career. The cornerstone is the opportunity for students to perform at some of the most popular summer music festivals. This year’s artists will head to Essence Festival, Lollapalooza, Osheaga, Outside Lands, Welcome to Rockville, and Country LakeShake.

BPMI’s Epic Event returns to the Sinclair for the third year on Tuesday, March 6, at 7:00 p.m. The Sinclair is located at 52 Church Street, Cambridge, Massachusetts. The show is $5 with any student ID. General admission is $10. For tickets and information, visit BoweryBoston.com.

Students in BPMI’s A&R group reviewed more than 300 submissions in the fall and narrowed the field through a combination of factors, including recordings, videos, social media presence, and live audition showcases for the finalists. They also considered the artist’s style of music for genre-specific festivals such as Welcome to Rockville (metal) and Country LakeShake (country/Americana). Each artist is working with a team of three BPMI students throughout the spring, preparing for the summer festival season. Turning their classroom work into action, the teams handle artist development, marketing, promotion, tour budgets, digital presence, merchandise, and sponsorships.

“We are integrating the academics of a class with the live music industry. When we place an act in a festival slot, the promoter expects the same from us as any of the major agencies,” said Jeff Dorenfeld, founding managing director of BPMI. “Students are responsible for finding talent, rehearsing them for the festival stage, travel logistics, executing lengthy contracts, and meeting all production requirements. At the festivals, they are treated like every other artist on the lineup. It's demanding, but the experience is priceless.” 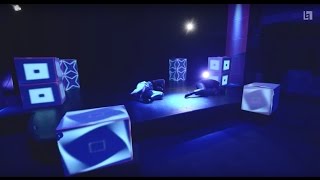 A Boston-based synth-soul band, luhx. pairs undeniable grooves with melancholic lyrics to create haunting tunes with striking vocals. Composed of Corinne Savage '17 and Collin Keller B.M. '17, and students Elijah Davis and Matthew Chenery, the group has become a must see act, bringing its high-energy, self-designed 3-D multimedia experience to stages from sold-out clubs to intimate living room shows. The band has shared bills with Lido, Los Elk, and Brynn Elliott, and was featured at Spotify’s Women in Music Showcase and at a Sofar Sounds event. 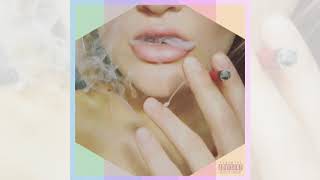 Listen to Emilia Ali's 'Give You Up' 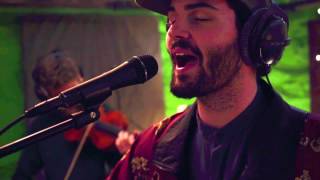 Listen to 'Blood' by Jacksonville Kid

Yanina is a student singer-songwriter from Cambridge, Massachusetts. She sets out to be self-sufficient, getting involved in all aspects of music—including production, business, and performance—to bring her ideas and creations to life. As she learned to recognize the lack of female representation in the entertainment industry, she formed SheReigns, an all-women's artist collective that has performed across Europe and continues to develop in Boston.

Listen to a live session by AJNA

AJNA combines the eclectic sounds of indie, electronic, and glitch music to create glimpses of physical reality through sound. Founded by student vocalist and guitarist Felipe Maldonado, the group includes Tommaso Tadonio '17 on keys and synthesizer and students Zak Icaza on drums, Aaron Kennedy on backing vocals and OP1 sampler, Saguiv Rosenstock on guitar, and Carlo de Biaggio on bass.

About the Berklee Popular Music Institute

BPMI is an immersive education program at Berklee that takes students from the classroom to the festival stage. Under the guidance of Dorenfeld, former manager of the band Boston, and Jeff Apruzzese B.M. '08, former bassist of Passion Pit, the students work in all facets of the music industry, including A&R, artist development, recording, booking, promotion, social media, sponsorship, and live shows. BPMI’s label HRR has released 18 albums since 1995, including Shekinah: 13 Artists, distributed by Epic; Apollo Sunshine’s second CD, coreleased with spinART; Dorm Sessions 1–12; and Under the Influence.